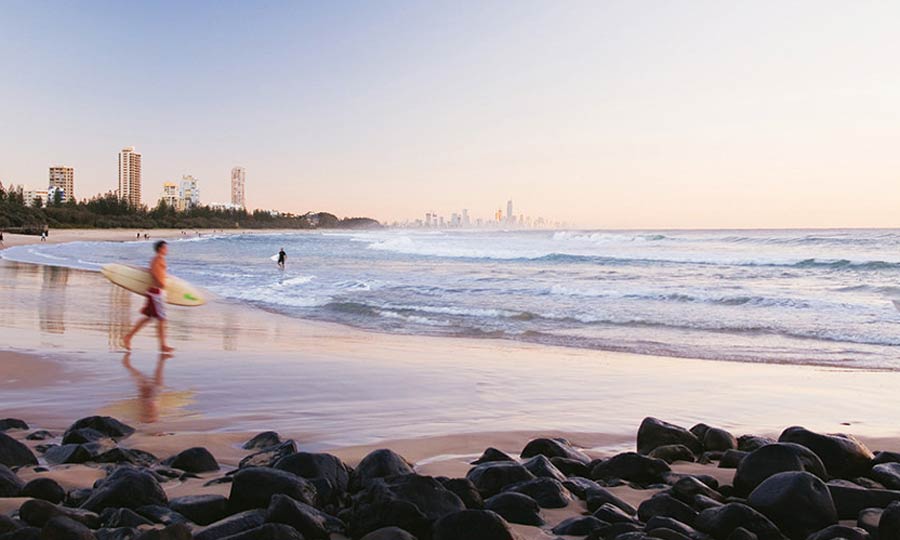 New sales statistics show coastal regions are faring better than the state capital amid the impacts of the COVID-19 outbreak.

Sunshine Coast and Gold Coast housing values outperformed Greater Brisbane over the June quarter. Despite the devastating impact of the bushfires and the coronavirus pandemic housing values are steady, illustrating the desirability of a coastal lifestyle.

It appears like Brisbane is being overshadowed, with other housing markets in Queensland posting more substantial gains in dwelling prices, according to the latest report from Domain.

Prices in Brisbane declined by 1.4% to $582,847 for houses and by 4.1% to $375,285 for units over the second quarter of the year. This was the first quarterly fall Brisbane recorded for the past year and the steepest decline in almost nine years.

The most recent official figures show that Queensland’s population surged by 1.7 percent to reach 5.1 million, according to the Australian Bureau of Statistics. Whilst Victoria had the strongest percentage growth at 2 percent, Queensland was second, but we are going to see amazing changes in the growth of both of those states as a result of COVID-19.

The overall growth in Australia was 371,000 people which was a 1.5 percent increase, taking our total population to 25.5 million. Whilst we are obviously going to have a pause in overseas migration for some time, there is going to be a mighty lot of movement around states and we are already seeing quite a significant exit from Victoria into Queensland.

On the supply side of things, the latest figures show that the number of housing lots released by developers across the country for sale was down 25 percent over the past year.

Looking at both sets of figures; we see the ever-increasing population but an inability to keep supplying vacant land for construction.

This strong growth in migration to Queensland and growth in the State’s population bodes well for continual demand for our real estate especially here on the Gold Coast.