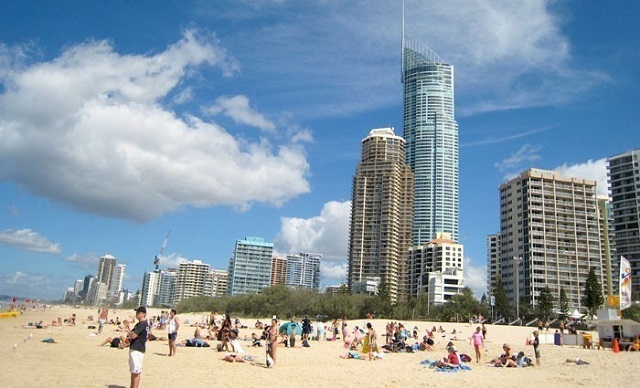 Why should property investors care that Perth and the Gold Coast are now considered “regional” towns instead of “metro” cities?

They should care because the change could have a significant impact on the real estate markets in those two cities, creating both opportunities and risks for investors. Here, I will explain why

We all know that immigration is one of the reasons Australia’s economy has kept growing year after year, for the past 27 years. A provocative professor at the University of Sydney claims that Australia’s “economy is addicted to immigration” because —without the constant growth in population— our economy actually would have gone into recession several times over the past three decades.

Saving the country from recession isn’t enough anymore, however. The federal government wants immigrants to do more. That’s why it’s passed its regional immigration plan, which allocates 25,000 visas to immigrants who are willing to live for three years in regional Australia. After that, they can qualify for permanent residency.

The government billed the plan as a way to boost hardscrabble Australian bush towns.

Now, the government has decided that both Perth and the Gold Coast qualify as “regional” under the regional migration program. While that may be bad news for smaller, dustier towns, for the two cities it is excellent news. It means that they can benefit from thousands of new immigrants, the jobs they help create, the university fees they pay, and the money they invest in housing.

The new regional designation could be the factor that helps many students, workers, and investors from China decide to move to these two cities. It won’t mean more transactions tomorrow. Over the next 12 to 24 months, however, this change could add several thousand additional sales to the two markets.

These following numbers are an example of how it could play out. In Perth last year, there were about 26,000 sales. An additional 3,000 sales in a year would be more than a 10 per cent increase in annual transactions. An extra 10% in transaction volume would help put a floor under prices and help stimulate new construction.

On the Gold Coast this year, there will probably be about 15,000 transactions. At that pace, an additional 3,000 sales would mean an increase of about 20% in transactions. That would have a similar impact as in Perth.

The reclassification sounds like bureaucratic mumbo jumbo, but it has real-life impact. It was subject to a lot of behind-the-scenes lobbying and arm-twisting. This change could mean thousands of new residents coming to these cities and buying property, attending university, or starting businesses. It’s an economic gold mine for Perth and the Gold Coast.

There will now be a total of 25,000 visas for foreigners willing to live in regional areas. With their new “regional” classification, the Gold Coast and Perth have become (with Adelaide) the locations by far most likely to attract those immigrants.

The educational institutions, job markets, infrastructure, and lifestyle in the cities makes smaller regional destinations look less appealing by comparison. Regional areas like Dubbo or Geelong have a lot going for them and can provide excellent opportunities to new migrants. But the Gold Coast, Perth, and Adelaide are more prominent and by most calculations offer better prospects.

WHAT DOES IT MEAN FOR INVESTORS?

The change will also give the Gold Coast and Perth a boost in the battle to displace Melbourne and Sydney as the top destinations for Chinese migrants, students, and property buyers.

Both cities are struggling to increase the share of foreigners they attract. Their retailers want more residents, their universities want more students, and their developers want more property buyers.

If I were a property investor in the Gold Coast or Perth today, this new development would reassure me. Population growth has been the primary driver of price growth in Australia over the past several decades. With the regional migration program, Perth and the Gold Coast stand to see their population growth increase above present rates. Investors who can ride that growth to profits should do very well.

Georg Chmiel is the chairman of Juwai.com.