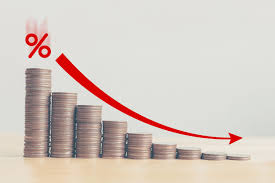 Lower interest rates are set to fuel more complex and creative property deals at record prices as asset-starved investors target companies in areas such as healthcare, food production, logistics and even not-for-profit sectors that are looking to offload real estate from their balance sheets.

One of the biggest deals to round out 2019, Charter Hall’s pre-Christmas acquisition of $840 million worth of BP fuel and convenience retail properties, has set the scene for more large-scale portfolio sales.

The flood of capital into real assets is forcing discerning buyers to look beyond the traditional scope of property deals to satisfy demand.

The economists of all four big banks expect the RBA to cut the official cash rate to a record low of 0.5 per cent in February, which could trigger an even bigger rush into Australia’s commercial real estate market.

“We are at the start of an explosion of sale and leasebacks globally,” David Harrison, chief executive of fund manager Charter Hall, told The Australian Financial Review.

Sorry, there has been an error loading this chart. Please try again later.

“These are massive organisations that don’t need to be wasting the balance sheet capacity owning the real estate” said Mr Harrison, who has overseen Charter Hall’s growth of funds under management to more than $38 billion.

“They lease it and they reinvest it in what they’re good at.”

The US, which already has a large listed net-lease sector, is set for a record year of investment in 2019, CBRE says, after being revitalised by lower rates.

While sale and leaseback deals are not new in this country either, larger portfolio sales and record pricing are expected.

Five of the biggest real estate deals of 2019

Most recently, Centuria paid $236.2 million for two Arnott’s factories late last year while Canada’s NorthWest Healthcare Properties recently acquired half of Healthscope’s $2.5 billion hospitals portfolio, in a joint venture with Singaporean sovereign fund GIC, with the properties to be leased back by the operator.

But Simon Ranson, vice chairman at JP Morgan, the advisor for BP on its recent portfolio sale, expects many more such deals.

“We have low interest rates… so it’s causing corporates to be very careful about where they allocate their capital,” Mr Ranson said.

“I think every ASX-listed company is thinking about it. If it’s a topic that’s ever been on the agenda for these companies, now is the time to be looking at it that much more closely.”

“Much of the Australian real estate landscape is what I would effectively call ‘securitised’. It resides in large listed REITs and or in pension plan portfolios, and that phenomenon over the last 10 years has meant that the availability of product is less today than it was some time ago,” Mr Mennie said.

“So if you have that factor of groups with capital wanting to grow their portfolios and relatively scarce availability, it drives the behaviour that ultimately needs to be more innovative in the way you identify your opportunities and ultimately to succeed in delivering that growth”.

Ripe for the taking

Mr Mennie said given there were “no easy deals anymore” many property groups would be running files on companies that own real estate as they seek to unlock value for the investment pools they were managing.

Charter Hall has actively been pursuing such deals, with triple net leases, where tenants, like Coca Cola and Bunnings, maintain control over their facilities and the landlord takes a passive approach.

Investment in ‘alternative’ real estate surges to $8b

One such deal was the acquisition of a $700 million stake in a portfolio of Telstra exchange properties last year, which sold at a record low yield of 4.4 per cent. The sale contributed to $4.5 billion worth of sale and leaseback deals investment bank UBS executed in Australia last year.

“The low interest-rate environment is driving these record prices particularly for securely-leased assets on long-term leases with attractive rent review structures,” said UBS head of real estate Tim Church, adding there was still plenty of corporate real estate tied up in Australia that was ripe for the taking.

Low interest rates would drive prices even higher in 2020 with real estate to trade at or even below a 4 per cent cap rate, he said.