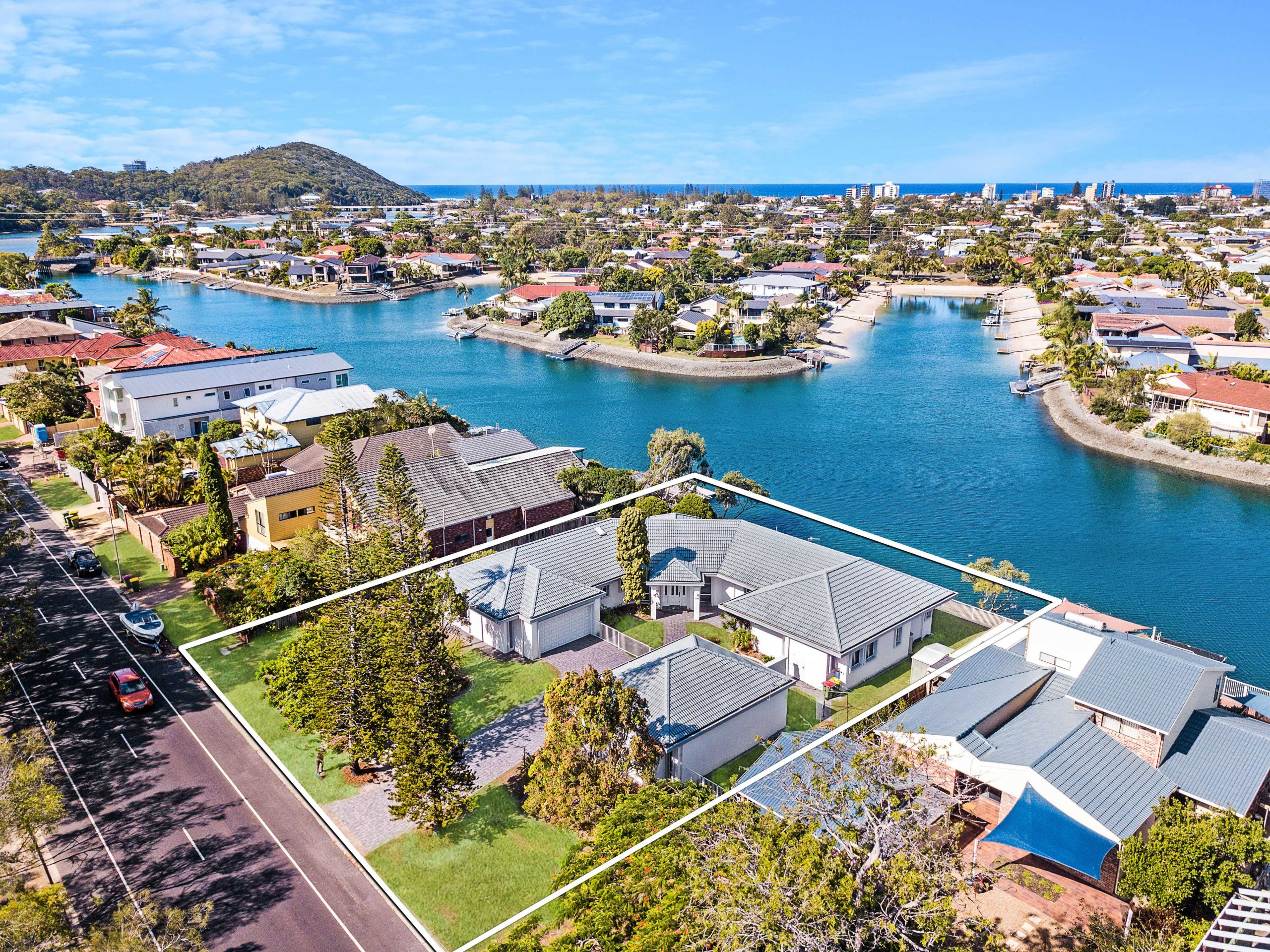 A 93-year-old woman’s dated, pink Palm Beach house has sold above reserve at a competitive auction where half the bidders were knocked out with the opening bid.  The large waterfront house attracted eight registered bidders, but the $1.5 million opening bid meant only four competed for the keys.

The 1757sq m property at  138 Tallebudgera Drive, Palm Beach was called on the market at $1.98 million, with two bidders fighting it out to the end.

Lacey West director Will West, who marketed the property, said the owner was thrilled with the result.  “The lady who owns it was 93 years old and built it 30 years ago as a forever home” Mr West said.  “She had all the family there onsite at the weekend and has downsized into something a bit smaller.  “It’s pretty rare to get something on that parcel of land.”

The four-bedroom, two-bathroom house sits on the Palm Beach canal with the main living areas designed to make the most of the water vistas.

And the dated interiors, which included a pink kitchen, pink bathrooms and pink floral carpets, didn’t deter buyers with five offers made prior to auction.

“The buyers (a couple) live locally in Palm Beach and plan to move in and do some alterations,” Mr West said.  “Seven out of eight buyers were local buyers.

“The Palm Beach market is good, we are seeing not as many buyers move up from interstate but the local buyers still like the area and want to be close to the beach or on the water.”

CoreLogic records show the property was on the market for just 27 days.