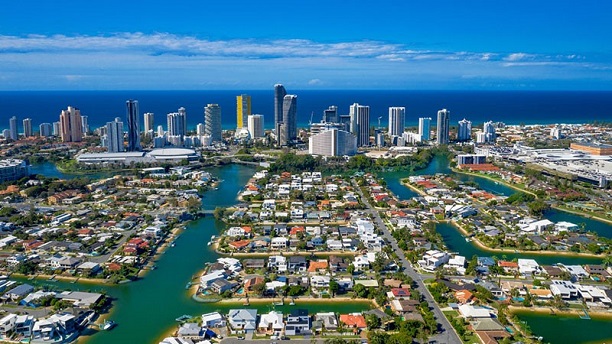 Regional economies are continuing to strengthen their appeal, with the Gold Coast topping the list, as new analysis of Australian Bureau of Statistics data identifies the locations where populations across Australia are moving.

The Gold Coast, located in south east Queensland is number one on the popularity list.

“More and more people are re-evaluating their need to remain in a capital city.”

The Gold Coast, which has a median house price that’s 60 per cent the cost of Sydney’s, attracted 7,441 new residents from other parts of Australia last year.

Pressley says Queensland’s interstate migration has continued its run with 28,668 adding to the state’s population growth for the year to June last year.

“One of the most obvious trends in the analysis was the migration of so many people away from capital cities to regional areas,” Pressley said.

The data shows Queensland, Hobart and parts of regional Victoria and New South Wales were popular locations of choice for Australian residents.

Related: The Suburbs Cheaper To Buy Property Than Rent

The Gold Coast, south of Brisbane on Australia’s east coast.

Of Australia’s total population increase of 391,000 people during the year ending June 2018, overseas migration made the largest contribution (237,225 or 61 per cent).

Although Pressley says looking at just population growth as a lead indicator of property price pressure is “far too simplistic”.

“At the end of the day, buyer behaviour and not population growth is what determines fluctuations in real estate prices.

“Buyer behaviour is determined by where people want to live, what they can afford to buy, lifestyle preferences, where they can get suitable employment, and individual stages of their life.

“Other factors include local confidence, buyer incentives, and the pursuit of financial independence.”

“Within Melbourne, once again housing affordability is a common denominator in the likes of Casey, Melton, Hume and Cardinia,” he said.

Internal migration data suggests the number of existing residents relocating away from Sydney reached an all-time high of 27,434, Pressley says.